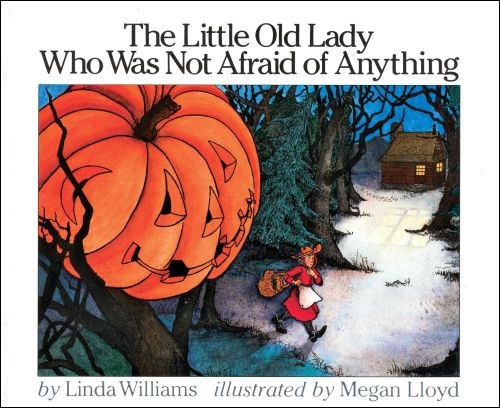 You know its been a productive week when its already Friday and you’re lying on the couch cuddled up and half asleep. As Halloween approaches I love the spooky atmosphere that arises, the smell of ghouls and goblins is in the air! Around this time I would probably be getting ready to do a round of centers, so I came up with 4 spooky themed centers for you to use in your classroom!

Have you heard of the song 5 Little Pumpkins Sitting on a Gate? Teach that to students before you have them do this center. Have 5  little paper craft pumpkins and an iPod Touch or iPad with the app Stop Motion Studio on it to do this center. Use these directions:

“Its time to make your own movie! Open up the Stop Motion Studio App. Start moving the pumpkins around one little frame at a time taking pictures along the way. After, record your voices singing the song 5 Little Pumpkins as your video moves and then play to see your masterpiece!”

Give each of your groups at the center a piece of blank paper and a writing utensil (A tech alternative would be using the paint program on a computer or other device and having them draw on the program instead of a piece of paper). Ask them to divide the paper into four sections by folding it and then draw the four pictures representing the different movements of the piece in each section (Ghost, Footsteps for Dancing, Fiddle, Skeleton). When ready, start the song ( http://youtu.be/YyknBTm_YyM). When each section is played, have them make a tally in that section of their paper. After, have them discuss their findings and then collect the papers before they move on to the next center. The tally marks are NOT going to be exact numbers, just look to make sure they were understanding and actively listening! 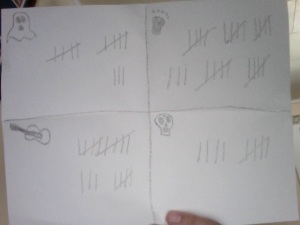 Ghost of John on Xylophones-

Using Orff arrangements I got off Patti DeWitt’s program I would normally leave laminated copies out with xylophones and mallets at a station. For this, have an arrangement of the song “Ghost of John” (One of my fav halloween songs to teach!) ready and have a few copies laminated for them. Students pick parts and practice them independently. If they were a higher level group I would allow them to put everything together and play it. If they were lower level I would go over and lead them into playing the song.

The Little Old Lady that Wasn’t Afraid of Anything Story-

Such an adorable story! You can find the book: Here. Have one student choose to be the reader while the others are the foley artists. They need to come up with a sound for each of the pieces of clothing that follow the little old lady. I would have a box of auxiliary percussion out for this and let the students choose their sounds out of there. As the reader goes through the story, they must replace the words like “Clomp Clomp” and “Boo Boo” with instrument sounds. It is a great little activity to get the students composing and story telling. 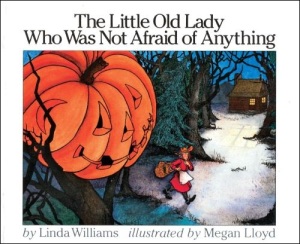 What are your favorite spooky activities to do this time of year?